The HP 437B is a low-cost, high-performance, single-channel, programmable, average power meter compatible with the HP 8480 family of thermocouple and diode power sensors. Depending on which power sensor is used, the HP 437B can measure from - 70 dBm (l00 pW) to +44dBm (25 W) at frequencies from 100 KHz to 110GHz. Designed for ATE systems and demanding benchtop measurements, the HP 437B Power Meter makes fast, accurate, and reliable average powe r measurements. Only 3 inches high and half rack wide, the HP 437B minimizes the use of critical rack space in ATE systems. The advanced plastics technology used in the HP 437B cabinet combines the light weight of plastic with the shielding effectiveness of metal, making the HP 437B the only power meter to meet MIL STD-461C EMI specifications 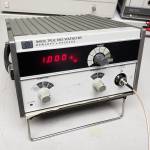 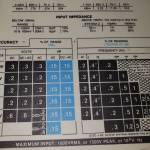